With a career spanning over the past 50 years, internationally renowned photographer Frank Horvat has used the medium as a way to “try to understand” the world while also shooting fashion in a unique, fresh, and spontaneous style. In recent years, Frank Horvat has gained a renewed focus apparent by the videos and interviews created by different institutions including museums, major galleries, and international art fairs. Indeed “a lion in winter,” Frank Horvat has weathered the passage of time with photographs that have proven to be of timeless resonance.

“The metaphor is probably the main instrument of poetry, at least of the poetry that I’m sensitive to. For me, the only thing that is interesting in photography is the metaphor. It’s not showing something; it is making you think of something.” 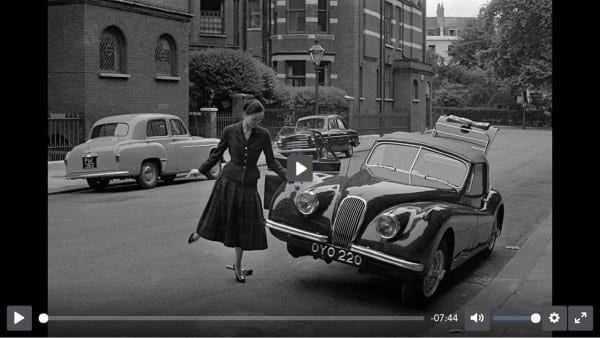 In the video by the Los Angeles Review of Books, a literary review journal that the Hollywood Reporter called “the juicy new read of L. A’s intellectuals,” the photographer is included in the journal’s series, Photographer Spotlight, which focuses on his career and working process.

With narration by Horvat, this episode of the video series details his commitment to creating great photographs and his approach towards art. Recounting his unique experiences, such as capturing a celebrated photo of Coco Chanel, although he never met her in person, or his difficulty with photographic sittings, Horvat’s candid narration provides clarity to the makings of his influential photographs. By creating a peaceful and curious mood, the video allows Horvat to recall and remark on his career in a profound manner. 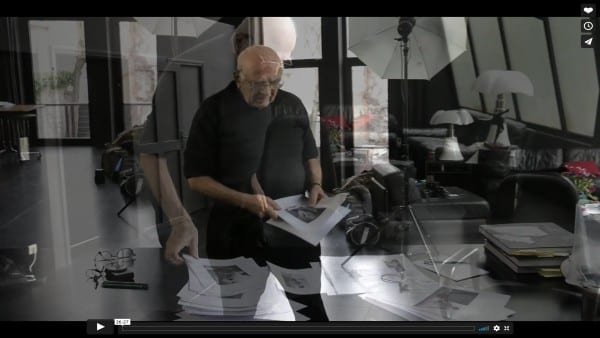 In the video by Philippe Abergel, Frank Horvat speaks in detail about his life and career. With moments that include family photos and personal documents along with personal anecdotes and narration from the artist, this video provides a very intimate look at the career of one of the world’s most accomplished photographers.

Frank Horvat was born in Abbazia in 1928 in what was then Italy but is now Croatia. Although he began his career with the desire to become a writer, he started taking photographs at the age of fifteen with a 35mm Retinamat camera, selling his stamp collection to buy his first camera. In 1947, Horvat moved to Milan to study art and increasingly successful by 1950; he was already working for Italian fashion magazines. Horvat would subsequently travel to Paris where he would meet Robert Capa and Henri Cartier-Bresson, and take a job at Magnum. Cartier-Bresson would coach him in the importance of composition and would become a significant influence in the rising photographer. Horvat’s work at the elite magazines of the 1950s and ’60s, like Life, Look, Vogue, Elle, and Harper’s Bazaar, helped him cement his stature as a prominent photographer of his era.

He would later travel to Pakistan and India as a free-lance photographer, developing the dynamic reportage style, which would serve him well shooting fashion in the 50s and 60s.

The recent attention garnered by Horvat confirms his influence on the development of fine art photography. His work, influenced by the French humanists, enliven the coincidental moments of joy in life that Horvat himself calls his “miracles.” Ultimately, Horvat’s enduring images encourage the viewer to enjoy the genuine moments captured in the photographs. His search for truth based on a universal understanding of empathy and coincidence, help the viewer focus on Frank’s fascination with the world.

Looking Back: Those Who We Will Miss