“My father had just made the extraordinarily difficult decision to run for president on a platform of peace and social justice. He announced his candidacy on March 16, 1968, in the Kennedy Senate Caucus Room, where his brother, Jack, had announced eight years earlier.

He immediately traveled to New York for what would be his first campaign event at the St. Patrick’s Day parade. Harry’s picture captures how receptive the crowds were, an energy that sustained the 85 days of the campaign. You can also tell that he was enjoying every minute among the New Yorkers, celebrating their shared heritage while bringing diverse communities together.

The parade aptly kicked off the raucous run. Harry was there to cover it. His pictures conveyed the hope, optimism, and joy, which were the hallmarks of Daddy’s campaign.

My father loved Harry. A few years earlier, he had invited Harry to go on vacation with us to the Snake River. I think seeing Daddy in the wilderness, with his children, building a campfire, reciting poetry gave Harry that ability to truly capture Daddy’s personality – to make every picture intimate and personal.”

Inspired by President Kennedy’s inaugural address, James Meredith sought to enforce his Constitutional rights and force the University of Mississippi to end its policy of excluding Blacks. Civil Rights leaders from across the country joined the effort to assure that the Federal laws against segregation were upheld. Harry said Mr. Meredith was very independent and insisted he was going to march on a route that differed from the one planned by the national organizers.

Dr. King responded: “John Lewis, Rev. Abernathy, and hundreds of others going on our James Meredith March- you can go your way alone, or you are welcome to join us.” They all marched together.

This photo had never been printed – no one had seen it, and when we gave the Robert F. Kennedy Ripple of Hope Award to John Lewis in 2017, Harry looked through his negatives and printed this photo. I went to John’s office to present Harry’s picture to the Congressman of his mentor and friend. John wept.

Harry captured turning points in American history. He recorded political and cultural moments that remain timeless. Whether photographing politicians, movie stars, rock stars, or refugees, Harry’s portraits give us a private glimpse into public lives, conveying strength, resiliency, playfulness, and passion. They elicit a collection of emotions that range from reassuring to unsettling.

“Harry is an artist, historian, and raconteur and, best of all, a dear friend with a boundless heart.” 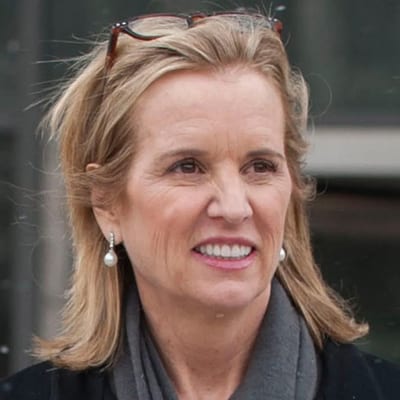 Kerry Kennedy is President of Robert F. Kennedy Human Rights. She is the mother of three daughters, Cara, Mariah, and Michaela. A human rights defender and lawyer, she authored the New York Times bestseller Being Catholic Now, as well as Speak Truth to Power, and Robert F. Kennedy: Ripples of Hope.

Kerry, the seventh of Ethel and Robert F. Kennedy’s eleven children, has devoted more than 40 years to the pursuit of equal justice, the promotion and protection of basic rights, and the preservation of the rule of law. She works on a range of issues, including child labor, women’s rights, disappearances, indigenous land rights, judicial independence, freedom of expression, ethnic violence, criminal justice reform, immigration, impunity, and environmental justice. She has led hundreds of human rights delegations in support of these causes.

Under Kerry’s leadership, Robert F. Kennedy Human Rights partners with fellow activists to create lasting change. A member of the Massachusetts and District of Columbia bars, she is a graduate of Brown University and Boston College Law School.

Kerry served as Chair of the Amnesty International USA Leadership Council for over a decade. She serves on the board of directors of the United States Institute of Peace, Human Rights First, Kailash Satyarthi Children’s Foundation, Laureate and Leaders, Nizami Ganjavi International Center, HealthEVillages, as well as RFK Human Rights’ numerous international chapters. 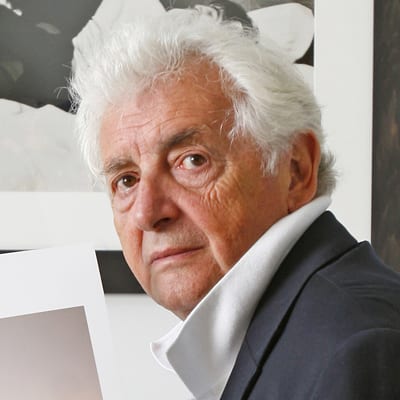 Harry Benson’s memorable portraits and incisive photojournalism acts like a time capsule, breathing life into slices of history while at the same time preserving them for the future. To capture these moments, Benson has spent over 60 years honing his skills at making definitive photographs. More than anything, Benson guides history with his pictures by “getting at the center of the story, not the edges.”

Born in Glasgow amid the drama of WWII, Benson managed to find an escape through photography. His fortune struck with a particular assignment in 1964: to capture The Beatles in France and their first journey to the United States. This experience not only made for some of the most famous Beatles photography but also sent Benson’s life in a completely new direction. Once he came to America, he never went back.

Benson has photographed an extensive range of subjects, including eleven U.S. presidents and their families. He has created portraits of significant and influential people of the last half of the 20th century, including Sir Winston Churchill, HRH Queen Elizabeth II, Princess Diana, Andy Warhol, Mohammed Ali, and The Rolling Stones, to name a few. Benson marched with Dr. Martin Luther King, Jr. during the Civil Rights movement, covered wars in the Gulf, Bosnia, Afghanistan, and the list goes on.

In 2009, Benson was named Commander of the Order of the British Empire by HRH Queen Elizabeth for his service to photography. His career as a photojournalist included a contract with LIFE Magazine as well as creating covers for significant publications worldwide. He has enjoyed 40 solo exhibitions and published 17 books, and has a feature film made on his life in 2016.

Simple Pleasures: Who is the Fairest of Them All?