A photographer’s legacy, as evidenced by their work, can become timeless. By creating unforgettable images that become part of our everyday culture, these photographers help inform and define how we see the world. Although their photographs and influence can remain with us for years to come, their time on this earth, like the rest of us, ends. Recognizing their cultural contributions to society, we at Holden Luntz Gallery wanted to highlight those photographers whose work impacted the world and that we have been pleased to represent. We would like to share a few images and thoughts to commemorate the legacies of these photographers as a way to honor them. 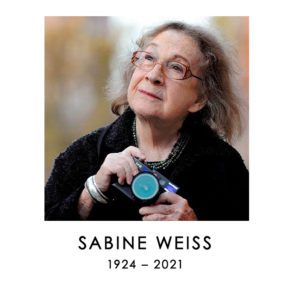 For over six decades, Sabine Weiss has been synonymous with the genre of French Humanist photography. Her legendary photographs of Paris in the 1950s expound on the feelings of relief of a postwar city that was exuding liberty, hope, and a “joie de vivre” visible throughout cafes, squares, streets, and all corners of Paris. Weiss’s photographic style captured individuals candidly, going about their daily lives, combining spontaneity and informality. Her skill at capturing emotions and unique moments helped to usher in a celebration of the simple joys of life. Weiss’s images helped render the beauty and poetry of Paris and its people visible to the rest of the world. Hers was an everyday, lyrical look at a world without sensationalism or judgment but with compassion and humor. 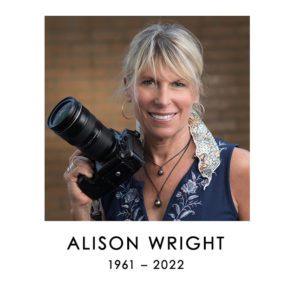 Social documentary photographer and activist Alison Wright spent a career capturing the universality of the human spirit. Along with her photography and writing, commercial and editorial projects, Wright was an avid traveler, reaching all regions of the globe, capturing endangered cultures and people, and covering critical issues concerning the human condition. Through her activism, Wright created a foundation called the Faces of Hope Fund (www.facesofhope.org) to help support women and children in crisis throughout the globe in education and healthcare. Alison Wright’s passion for human rights, empathy toward humanity, and unmatched dedication to those in need will forever be remembered as a beacon of hope and resilience in photography and beyond. She lived fully and adventurously and traveled the world, capturing “global humanity” to share with others as her legacy. 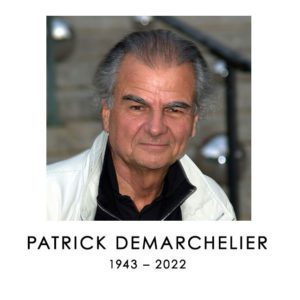 Patrick Demarchelier is remembered for his iconic portraits, covers, and campaigns for some of the fashion industry’s most prominent magazines and houses. Essentially, Demarchelier became one of the most coveted fashion photographers worldwide. Without formal schooling, Demarchelier moved to Paris at age 20 to pursue an assistantship with a fashion photographer. From there, he produced a unique aesthetic, making memorable portraits of celebrities like Madonna, Christy Turlington, and Cindy Crawford, and later became the personal photographer for Princess Diana. In time Demarchelier would carve a name for himself, shooting for Rolling Stone, GQ, Vogue, Marie Claire, Elle, and more. He will be remembered as a leading figure in fashion photography, leaving an influential body of work impacting today’s fashion world. He produced photographs with both beauty and an edge. 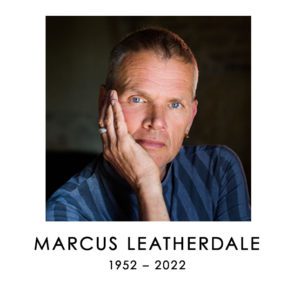 Marcus Leatherdale’s artistic legacy began by photographing the fringe art world of New York in the 1980s. Capturing a young Madonna, becoming studio manager for Robert Mapplethorpe, and partying with artists like Jean Michel-Basquiat and Keith Haring, his entourage and photographic work became an essential archive of the vibrant and creative NYC scene. Relocating for half the year to the holy city of Banaras in India in the 80s, Leatherdale turned his lens to the original settlers of India, the “Adivasi,” whose way of life is disappearing because of the expanse of modernity. Leatherdale acted as a guardian of culture and an impresario of the darkroom to produce a collection of beautiful portraits that belong to a particular part of the world, paying homage to the timeless spirit of India. Leatherdale’s work sympathetically and humanely shares, as Irving Penn’s portraits did, the uniqueness of individuals. 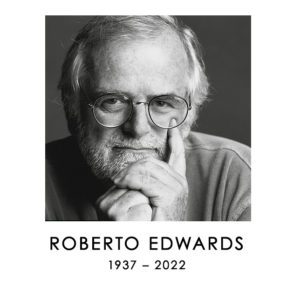 Roberto Edwards developed an influential experimental photography studio in the 1980s called Cuerpos Pintados (Painted Bodies.) This studio became a significant space for exploring creativity in photography, diving into themes of figurative art and painting. Spanning more than 25 years and with more than 100 painters and countless models, Cuerpos Pintados transformed into a body of work that displayed the striking expressive power of the human body. Edward’s innovative approach to this extended project leaves a legacy of investigation and experimentation, resulting in a bold and memorable body of work and museums holding “Painted Bodies” exhibitions worldwide that enthralled audiences. Ultimately, Edwards understood that the body was the ultimate canvas. He was a true visionary and an “enabler” whose body of photographs expertly merged painting with photography and performance art. 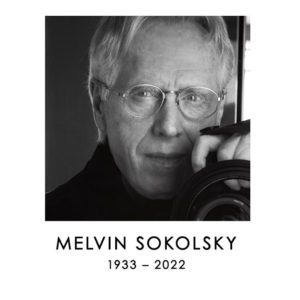 A pioneer in fashion photography, Melvin Sokolsky pushed the boundaries of what was possible with the medium using his seemingly limitless imagination. Playing with the illusory capabilities of the camera, Sokolsky’s accomplished photographs emanated directly from his dreams. Whether floating a model above the river Seine in a bubble or flying them through the interior of restaurants in Paris, Melvin Sokolsky dreamed big and realized his most audacious shoots. Sokolsky will be remembered as a stalwart of creative direction, employing an independent and daring vision in his unmistakable and influential body of work. He took chances and broke through the limitations of studio photography, particularly in 1961 with his “Bubble” series, showing a fresh inventiveness that permanently impacted the fashion world. Melvin Sokolsky leaves a legacy of images that still have vitality today. 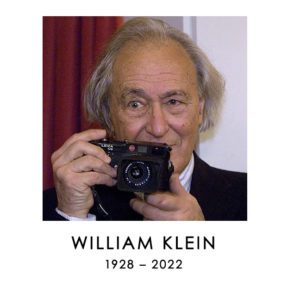 Originally trained as a painter, William Klein broke all the traditional rules in his approach to photography by using unusual techniques in his image-making. He freely explored film speed, film grain, under and overexposure, and combining multiple negatives. After employing the fine-tuned sensibilities of an artist in his street photography, Klein would gain recognition for his work in various famous cities, helping to see the urban world from a different perspective. After entering fashion photography with an injection of revelry and spontaneity in the 1950s, Klein’s work became sought after because of its unconventional style. It led him to enter the realm of filmmaking. Creating numerous photoshoots, short and feature-length films, and TV commercials, William Klein was renowned as an avant-garde icon behind the camera.

Although they are no longer with us, we will miss these treasured photographers and cherish their legacies through their remarkable photography.

The Curious and Creative Eye - The Visual Language of Humor