Michael Massaia finds solace in the creation of photography, and in the dark cloak of the night.

“There is a sense of freedom to me in the hours between two and four in the morning… I feel like anything can happen.”

The Twilight World of Michael Massaia 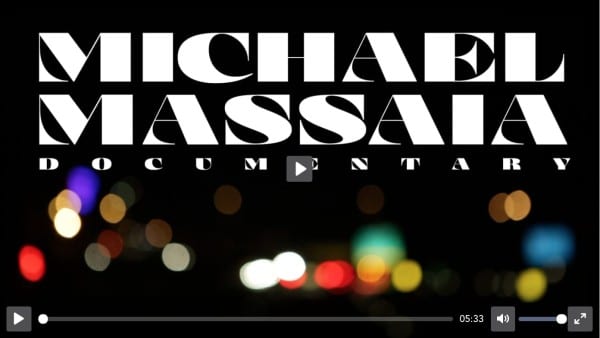 The short documentary The Twilight World of Michael Massaia follows the solitary fine art photographer treading through the quiet, unpopulated streets of the New York City metro area and Central Park while describing his often uniquely poetic and complicated photographic process. Michael Massaia’s large-format camera photographic procedure of working only in the night captures the viewer’s attention and provides a glimpse into the hushed, luminous environments of Massaia’s nocturnal dreams. Massaia’s whispery, confidential narration, has a sense of immediacy that draws the viewer closer to the story and creates an attentive listening experience. Objective, intimate, and minimal, the short documentary makes a case for the beauty of stillness and precision, for the necessity to work with a specific vision and goal as he painstakingly produces his hand-crafted photographs. For Michael, as for most artists with his degree of perfection, dealing with failure is all part of the organic process of his work.

“The only real job of an artist is to find things that people don’t think are special and make them… special.”

Michael Massaia was born in 1978 and grew up in New Jersey, remaining around the New York City metro area in New Jersey throughout his life. His involvement in photography started in high school, and he has remained consumed by a calling to create fine pictures ever since. He is self-taught in the science of photography and the specific chemical and material process he uses, merging his superb craftsmanship with thoroughly planned compositional skills. He specializes in large format black and white film image captures and large format platinum and silver gelatin printing.

Massaia’s single-minded objective vision compels him to control all aspects of his practice, allowing for his captivating images to be possible. As with Ansel Adams, the taking of the negative is only half of the creative process – equally important is the printing of that negative onto the photographic paper. Massaia is enamored with the medium and the potential expressive power of various photographic processes. The complex procedure of hand-making platinum and silver prints demonstrates the photographer’s dedication and mastery of making extraordinary photography.

“Black and white large format film has a quality, an organic quality, a dimension that is so superior to anything that can be done digitally.”

The documentary sheds light on the passionate and personal relationship between the artist and their process, a love story between the photographer and the large format camera. It taps into the necessity of being with oneself. The video engages with the romantic and solitary nature of being an artist, totally consumed by ideas and of giving their life to the spirit of art, in this case, quietly and soft-spoken into the night.

Fine Art Photographs by Michael Massaia – Awaken From Your Dream