Innovative and determined, Melvin Sokolsky is renowned for his inventive use of daring and unique approaches in fashion photography, which ultimately expanded the creative potential of the genre and the medium.

“My studio was like a Renaissance studio of the past. We built everything from the raw material to the finished product. We built the sets in house; Painted and decorated, developed, and printed the images, the client got the finished product. The studio was made up of people I trained. If you tried to do the Paris 1963 bubble shoot, it would cost hundreds of thousands of dollars today; not to mention the exorbitant cost of the insurance. We shipped all of the bubble elements and my studio crew Paris.” 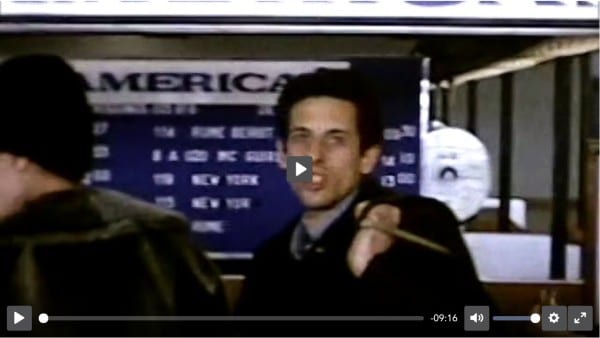 In this video presentation and behind the scenes footage available on YouTube, we get a thorough look at the life and work of influential fashion photographer Melvin Sokolsky. We gain access to rare color footage of Melvin Sokolsky’s prominent bubble series. Presenting film crew and cast members, (like the Golden Globe-winning actress Ali MacGraw before her big-screen success,) and several of the shoot locations, the footage offers a different perspective of the moments before and after the iconic photographs are created. The cheery playfulness and complicated undertaking of creating the series seen in the video provide insight into the demanding preparation necessary to embark on Sokolsky’s visionary project.

Melvin Sokolsky was born and raised in New York City and never formally trained as a photographer. He learned the art of photography through a trial and error approach at a young age using his father’s camera. Additionally, Sokolsky also relied on conversations with advertising photographers for his mentorship. As one of his earliest memories, Sokolsky recalls his father showing him an image of Hieronymus Bosch’s Garden of Earthly Delights, a painting that would impact and influence the young Melvin.

Confined to a bed with a fever as a child, Sokolsky would have recurring dreams of traveling above exotic lands in a spherical bubble, similar to the one depicted in the middle panel of a Garden of Earthly Delights.

A Bold and Experimental Approach to Fashion Photography

Sokolsky’s bold ideas and experimental approach to fashion photography assignments working for magazines like Harper’s Bazaar and Esquire went against the grain of 1950s studio photography. He created poetic illusions that appeared to defy gravity and highlighted the enormous potential for allure and magic in image-making, predating the idea of photoshop and changing the course of fashion photography.

The Bubble and Fly Series

In the 1960s, Sokolsky created two astounding series of photographs that have become iconic in the history of fashion photography. Sokolsky’s Bubble series depicted a model floating within a bubble through the streets of Paris and New York. The Fly series depicted a model appearing to “fly” inside of restaurants and above the rooftops of Paris. In his series, Sokolsky defies gravity by displaying the model, Simone D’Aillencourt, airborne within the bubble. Thus, she becomes an embodiment of grace and beauty, untouchable in her world, mesmerizing her observers as well as the modern viewer.

Standing the Test of Time

Melvin Sokolsky’s photographs remain as remarkable more than half a century later. His innovative images made before the standardization of digital editing continue to influence the cover pages of magazines. Melvin Sokolsky’s work is still inspirational to a new generation of photographers.

A Year in Passing: Those Who We Will Miss