“You try and guide them into the right space, where they will give you that intimate contact with the camera that will communicate something to the audience.” 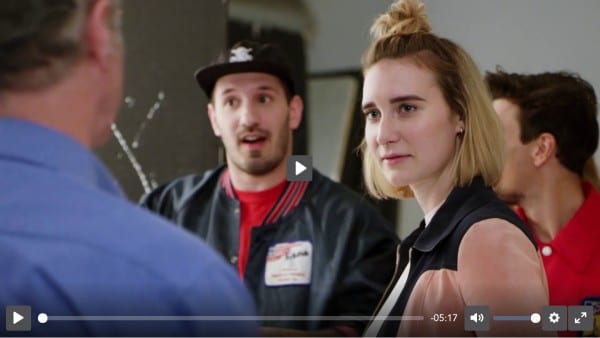 In this Backstage Sessions video published by WeTransfer, we have a privileged behind the scenes look at celebrated Rock & Roll photographer Gered Mankowitz, as he recalls his experiences as a young photographer in the vibrant music scene of London’s Swinging Sixties.

Deciding to become a music industry photographer from an early age, Mankowitz describes his process for capturing intimate, compelling photographs of Rock’s most influential stars, creating remarkable photoshoots with the Rolling Stones, Kate Bush, and Jimi Hendrix, to name a few. As Mankowitz narrates his process and ideas about photography, the viewer can attest to his contribution to the music industry; his photographs have ultimately resulted in iconic images and album covers from the history of Rock n’ Roll.

Mankowitz was born in London in 1946, the first of four sons to Wolf Mankowitz and Ann Mankowitz. Dropping out of school at the age of 15, Mankowitz began his career in photography. Displaying an innate talent that would be discovered by notable photographer Tom Blau, who offered him an apprenticeship in his famous studio, Camera Press Ltd., where he would gain much experience. In 1962, his photography career took off. Still in his teens, he traveled to Barbados and began to work professionally on photography. Directly after this, he would go to Paris and start working in fashion photography. Uninterested in this area of work, Mankowitz began working under “show-biz” photographer Jeff Vickers.

Mankowitz openened his first studio at 9 Mason’s Yard, in the cultural center of the London Swinging 60’s scene. He began taking photographs of musicians, actors, and show people. Within a few months, Gered had already started to make a name for himself, and he was approached to photograph Marianne Faithful, who had just had a big hit with “As Tears Go By.”

Through Marianne, he met the manager and producer Andrew Loog Oldham, and in 1965, Oldham asked Gered to photograph the Rolling Stones, who he also managed and produced. This event was a significant turning point in Gered’s career; his image was selected as the cover for “Out of Our Heads” (U.S. title “December’s Children.”) Gered continued working with the Stones as their official photographer, producing photos for albums (“Between the Buttons”; “Got Live If You Want It!”; “Big Hits”; and several others.)

Through the ’60s, Gered continued to photograph many major artists. These included Free, Traffic, The Yardbirds. Through the ’70s with Slade, Suzi Quatro, Elton John, Eurythmics, and Duran Duran among others.

Over the last 20 years, Gered has been based at his North London studio. Taking prize-winning photos for the advertising industry while being a regular contributor to several major publications and he still works occasionally in the music business photographing bands and singers. Gered has participated in many solo and group exhibitions around the globe, including having several images in the “Icons of Pop” exhibition at The National Portrait Gallery in London and has published many books of his iconic images.

For the past 50 years, Mankowitz’s photographs of Rock & Roll’s most celebrated figures have helped shape the image of the stars we idolize. Mankowitz’s ability to capture Rock & Roll’s most influential burgeoning musical acts helped define our conceptions of rockstars and cemented their importance as rebels and trailblazers of modern society. Mankowitz is currently working on an extensive film project, documenting the lives of music icons from the 60s forward.