Alison Wright’s photographs and journalism experience serve as a visual record of empathy and humanity, a testament to the beauty and resilience of the human spirit. 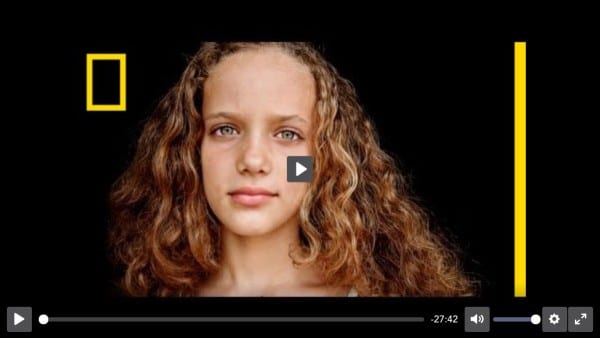 “For me, it’s just about that whole connection. It’s not always with a camera; it’s humanity.”

Acclaimed documentary photographer, author, and speaker Alison Wright presents her incredible journey as a photojournalist in a captivating lecture entitled Portraits of the Human Spirit at National Geographic Live!

The New York-based social documentary photographer has spent her career capturing the universal human spirit through her work in photojournalism, a profession she knew she was destined to be a part of from an early age. With parents who encouraged travel as part of her education, Wright began studying photojournalism to later embark on a career that has taken her to regions all around the globe, including 150 countries.

During an interview with Wright, we asked if there was something or somebody early in her life that first drew her to photography and travel. She answered:

“It was really Mr. Lee, my high school English teacher, that took me aside and really taught me how to use my first SLR camera. I can remember the first time he said the word photojournalist, and that you could travel the world taking pictures. I was 15 years old, and I said, that’s what I want to do; that’s what I want to be.”

Wright has photographed for a multitude of humanitarian aid organizations, focusing on post-conflict, disaster relief, and human rights issues, especially in the realm of women and children. Her pictures document endangered cultures and issues concerning the human condition.

“I’m always trying to find compassion in the face of chaos.”

While in Laos, working on her book Faces of Hope, a project that captures portraits of children from around the world, Alison Wright suffered a near-fatal bus accident. Wright survived the collision through the help of villagers, doctors, and ultimately the kindness of strangers. The life-altering experience emboldened the photographer’s passion for her work and, together with her years of experience in post-disaster/conflict areas, helped her to create, Faces of Hope. This non-profit fund gives back to the communities she photographs and helps support women and children in crisis around the world through healthcare and education.

“I always wanted to create change through my camera. Early on, I became very involved with refugees through my work with Unicef, Save the Children, and Oxfam.”

Wright is a recipient of the Dorothea Lange Award in Documentary Photography, a two-time winner of the Lowell Thomas Travel Journalism Award, and has been named a 2013 National Geographic Traveler of the Year. Wright’s photography is represented by National Geographic Creative and has been published in numerous magazines, including National Geographic, Outside, Islands, Smithsonian Magazine, American Photo, Natural History, Time, Forbes, and The New York Times. Wright has also photographed/ authored nine books, including “Learning to Breathe: One Woman’s Journey of Spirit and Survival,” chronicling her physical and spiritual rehabilitation after a devastating bus accident in Laos that nearly took her life.

A Year in Passing: Those Who We Will Miss