As one of the most influential and prolific photographers today, Albert Watson is truly a master of photography. His work blends art, fashion, and commercial photography into memorable images that have created a lasting impact and shaped the fashion industry, the entertainment world, and fine art photography for 50 years.

“It’s absolutely essential that the creative force you have, your passion, your dreams, everything is piled onto that image.” 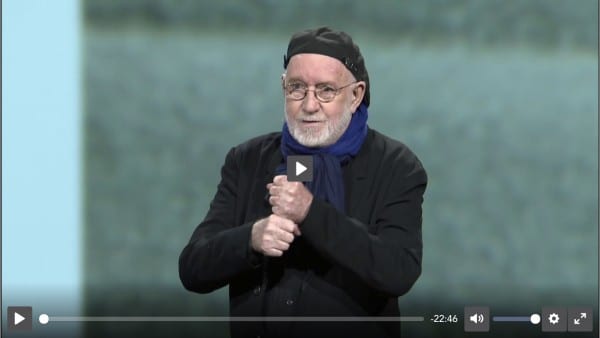 Informative, witty, and inspirational throughout, this presentation by one of the 20th most influential photographers of all time, Albert Watson, at Adobe MAX 2018, is an excellent introduction to his life and work. This live presentation by the photographer himself provides insight into the progression of his legendary career and tells behind the scenes stories for some of his most iconic images, including shooting Alfred Hitchcock as a young photographer, photographing King Tutankhamen’s artifacts, and capturing Mick Jagger with a leopard for Rolling Stone magazine.

“My focus initially was on advertising and editorial work. But then slowly but surely, I became interested in the fine art aspect.”

Having vision in only one eye since birth, Albert nonetheless studied photography as part of his curriculum. In 1970, he moved to the United States with his wife, Elizabeth, who got a job as an elementary school teacher in Los Angeles, where Albert began shooting photos, mostly as a hobby. Later that year, Albert met an art director at Max Factor, who offered him his first test session, from which the company bought two shots. Albert’s distinctive style eventually caught the attention of American and European fashion magazines such as Mademoiselle, GQ, and Harper’s Bazaar, which booked him for a shoot with Alfred Hitchcock, the first celebrity Albert ever photographed. Soon after, Albert began commuting between Los Angeles and New York, and in 1975, he won a Grammy for the photography on the cover of the Mason Proffit album “Come and Gone.” In 1976, Albert landed his first job for Vogue, and with his move to New York that same year, his career took off.

From Vogue to Kill Bill to a Lifetime Achievement Award

Over the years, Albert’s photographs have appeared on more than 100 covers of Vogue worldwide. They have been featured in countless other publications, from Rolling Stone to Time to Harper’s Bazaar, with many of the photos being iconic fashion shots or portraits of rock stars, rappers, actors, and other celebrities. These campaigns are far from typical or expected “commercial” shoots. In 1998, Albert Watson created a photo shoot as an homage to Frida Kahlo for the German edition of Vogue.

Albert has created the photography for hundreds of ad campaigns for major companies such as Prada, the Gap, Levi’s, Revlon, and Chanel. He has shot dozens of movie posters such as “Kill Bill” and “Memoirs of a Geisha.” He has also directed more than 100 television commercials. Watson has exhibited at some of the most prestigious museums and galleries throughout the world, including in Milan, Vienna, Edinburgh, Antwerp, Stockholm, and New York, to name a few. He has published five books, including his latest “Kaos,” published by Taschen in the fall of 2017. Albert has won numerous honors, including a Lucie Award, a Grammy Award, three Andys, a Der Steiger Award, a Hasselblad Masters Award, and the Centenary Medal, a lifetime achievement award from the Royal Photographic Society. Queen Elizabeth II awarded the Scotsman an Order of the British Empire (OBE) in June 2015 for his lifetime contribution to the art of photography.

Albert Watson’s contributions to photography are impressive and multifaceted. His conceptual and diversified approach towards commercial, fashion or art photography challenges expectations and delivers boundless creativity. After a career that spans over 50 years, Albert Watson remains one of the world’s most compelling voices in contemporary photography.

The Extended Runway – Expanding the Language of Fashion