Harris – When were you first drawn to photography? Which artists have the strongest influence on your vision?

Bark – I first realized I wanted to be a photographer when I was twelve years old and sent letters to the biggest names in fashion. I got no response. Now it’s not photographers who inspire me, but painters and directors such as David Lynch, Otto Dix, Walt Disney, and Eric Fischl.

Harris – Starting in the 1980s you shot fashion photography for such publications as Vogue and Harper’s Bazaar. How much free reign are you given in your editorial work?

Bark – I find I am given a lot of freedom now as the jobs I get from magazines are looking for me to push the limits.

Harris – For your images, you almost always construct sets in a studio from the ground up. Tell us about your process in creating these detailed environments that even appear to be outdoors sometimes. Do they evolve as you construct them?

Bark – The set always starts with picking the colors. Sometimes some object I find or a piece of furniture dictates the colors. Then I find the rest of the things I need but keep it focused on the colors. Usually I draw the picture out first and then work it out over and over in my head before the shoot. It takes a long time and it’s always well planned, but I try and leave it open so that I too can be surprised in the end. I keep everything pretty simple, usually just one assistant and a 4 x 5 camera. I build everything and do the lighting myself which is unusual for a photographer.

Harris – Your lighting and color palette throughout your series is quite varied: from dark moonlit atmospheres to yellowish California light to kaleidoscopic pastels and beyond. How do you choose and achieve your desired lighting? What do you try to show from series to series?

Bark – Lighting is my main thing. For each series I try and do the opposite of what I did previously. I like to challenge myself and never take the easy way out. It is usually very low lighting that I think gives the 3D effect but that means that the subject must be able to remain motionless for what is typically a one second exposure. With each series I am trying to show my control and scope. I hate to do the same thing twice. So the sun, moonlight, yellow, and blue. I choose whichever light and color palette give me the right feeling and set the mood.

Harris – Some of your images have been compared to work by Caravaggio and other Old Masters. Do you see any link?

Bark – I think the approach is the same since I build everything from the ground up and can control every aspect. By picking all the colors as a painter would and arranging everything my process is more like sculpting than painting. In the future I would like to include more installations in my gallery shows.

Harris – Are the environments you create outward, physical manifestations of inner states of being or dreams?

Bark – That is the main thing I am trying to do: show you a feeling. To show you the interior life of someone else. I also try and make my work multi-leveled so it means more than one thing.

Harris – Is the voyeuristic aspect of your work by design or are they the result of the total concept of the shoot?

Bark – They are voyeuristic because my subjects seem to be unaware of the camera. This I believe gives the viewer permission to examine the subject at length. When someone is looking back at you from a picture it’s hard not to just focus on the eyes.

Harris – Can you tell us about the narrative theme you developed for the personal series “Woodpecker”? What about work made specifically for magazines?

Bark – “Woodpecker” was based on my summers growing up in Minnesota and spending so much of the summer at the lake. It is full of kids doing what they are not supposed to: drinking, smoking, and having sex. The magazine work is a collaboration between me and the stylist, so those ideas are bent to the story at hand.

Harris – What do you look for in the models you choose and how do you find them? How exacting are you with their poses?

Bark – I find a lot of my models on Craig’s List and I sort of look for people that aren’t perfect. When shooting I control them completely as far as positioning. It’s like a workout for them as it’s a slow process and you have to hold a position for a long time when shooting with a 4×5 camera.

Harris – Are your still lifes comparable to your images using people?

Bark – I tend to think of all of my pictures as still lifes even if there are people in the pictures. It’s all about composition. The people I shoot are just one more object to light and mold.

Harris – You’ve shot Nicki Minaj and Iris Apfel among other well-known individuals. Can you tell us about the shoots?

Bark – Those two examples were tricky because they were two people who didn’t necessarily want to be photographed outside of their comfort levels. Iris with her jewelry and Nikki with her hair and makeup. I wanted them to be different than we usually see them. There was a lot of coaxing to get the pictures we wanted.

Harris – What do you hope viewers take away when they look at your work?

Bark – What I hope that viewers get from my work is a sense of intimacy and compassion for other people as well as having enough narrative to keep you always looking at it and finding more. 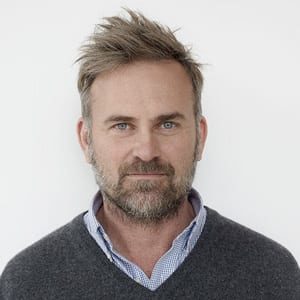 Jeff Bark was born in 1963 in Minnesota and later attended the Brooks Institute for visual arts studies. He began photographing in the 1980s, developing a vigorous career as a fashion photographer for publications like Vogue and commercially for such companies as Victoria’s Secret, later shooting for such innovative publications as Dazed and Confused Magazine.

He now channels the traditions of grand manner and still life painting exploring the earthly and sublime, the fleshly and psychological in his lush, meticulously composed photographs. Bark is included in such renowned collections as the North Carolina Museum of Art, the Wilson Centre of Photography, the Sir Elton John Collection, and the 21st Century Museum, in Louisville, Kentucky. His photographs were recently included in the group exhibition “No Fashion, Please!” at Austria’s Kunsthalle Wien. He is now based in New York City where he continues to photograph.