Sara – You and I have at least one thing in common: we are both Florida natives! Tell me what you found so interesting about Florida when you first decided it would make a good subject for photography.

Monroe – We are natives to different Floridas. The changes, especially to South Florida since the millennia, have been stunning; it’s the same location but another place. I never imagined myself as making historical photographs but now I see, and even appreciate, this fact. Still I hope it’s secondary to my real intentions-a consequence of my aims that were and still are aesthetic and essentially purposeless. I never consciously saw the state as a subject. I was drawn to return home to South Beach (when South Beach was South Beach) after graduate school in 1977, to spend a decade living among and photographing the old world culture that then distinguished the community. As you may know, South Beach was the last resort for elderly Jewish people who made it a sort of shtetl, and it was amazing. The process of what or even how to photograph is never conscious-it unfolds.

Sara – Could you tell me a bit about the “rites of passage” to Disney World pictures? I find that idea quite amusing.

Monroe – A Disney World vacation is not your everyday vacation; it’s hardly fun, at least it didn’t look like children and families were enjoying themselves. It is a sanitized version of a prescribed cartoonish reality. It seemed that families were on a sort of rite of passage, as if to be sanctified along the long, arduous trip … and an expensive journey when the credit card bills arrive. But they could say they did it.

Sara – What first drew you to photography and what keeps you there?

Monroe – During my freshman year at USF I was in a friend’s dorm room and he had some thirty 8x10s tacked to his wall. Something got to me, not the images but how the camera mediated the look and feel of reality and something about the authority that the images possessed. I soon changed majors from psychology to fine arts, and never looked back. Nor did I ever work commercially or journalistically. It is still that transformation from reality to picture that keeps me as engaged as ever, though the nature of the engagement is, of course, different from when I was younger. I’m still intrigued, amazed by the world and as curious as ever to see how my intuitions find form as images.

Sara – Do you, or have you ever, looked to other photographers or artists for inspiration or education? Your street style photography has a certain resemblance to the pictures of Winogrand, Cartier-Bresson, and Frank.

Monroe – You named the holy trinity, and yes, the works of Bresson, Frank, and Winogrand set me off in the direction I followed, never doubted, and explored. They understood that no contrivance could match what happens all the time, every day and everywhere, and how pregnant with possibility and meaning and nearly impossible it is to realize on film. And I still use film and an old Leica camera. I understood early on to strip bare artifice and deal with essential form.

Sara – How do you select which photographs to print when you take so many shots?

Monroe – I thought I knew the answer to this, until recently. My archive is rather large and organized, but I put it in hyper mode a year ago; one of the things I did was remove duplicate prints from my categorized boxes of 11″ x l4″ prints. While going through 2,000-plus South Beach prints I had a sinking feeling that there was more to it. I mean, this was my birdsong. So I pulled the first decade of contacts sheets (1977-1986) and went through them, noting any images that interested me that I didn’t previously catch. I was young and, I guess, easily distracted. Besides, my interest was never in the darkroom. The total was 6,000 images. I went though the contact sheets two more times, culling until arriving at 800 images. I recently finished printing these, and these photographs do fill that void, very satisfyingly. For me, it’s a formal problem, how to shape content. But the last thing I want to happen is to make tried and true compositions. The form I am referring to is realized by a deep breath and a prayer, and one must relinquish knowledge and expectations. Few come together freshly as images, and these need to be as fresh as the experience, and be even more surprising. Otherwise, without that risk, one is illustrating the obvious.

Sara – What is more interesting to photograph, people or nature?

Monroe – Landscape photography never interested me. The Hudson River School artists did a fine job of painting it, and there was not much more to say after Ansel Adams. I like photographing people moving and cultures shifting. It has to do with the act of photographing in that instant and realizing an image that is more than was bargained for. It is nearly impossible, and yet it seems so easy.

About a decade ago I did something I never imaged doing: I bought a medium format camera to photograph Florida’s changing topography, my idea of the landscape. I made many photographs of big box stores, fast food restaurants, and strip malls. It was all new then (pre-recession), freshly painted and predictably manicured. Everything was beginning to look alike.

Sara – Traveling to countries like Haiti and India, was it a hard to adjust to the very different nature of subjects you were photographing compared to those in the U.S.?

Monroe – I have never had a hard time adjusting. I never felt more alive than when I was in Haiti; I went there 24 times between 1984 and 2001. I feel elated wherever I’m photographing, but especially in third world countries, invincible, but still vulnerable. I was exposed-you let go.

Sara – What is your favorite place you’ve traveled to and why?

Monroe – Haiti, by far. It was life altering, wonderful and magical, unlike any other place on Earth. Like South Beach, it’s changed radically.

Sara – What is the story behind your picture, “Spiritual Reading?” It is one of my favorites.

Monroe – All my photographs are untitled, so I’m not certain which one from that body of work – Cassadaga – you’re referring to. Nevertheless, Cassadaga is a Spiritualist community in central Florida and Spiritualism is a religion based in the belief that one’s spirit does not die with the body but moves on to the spirit plane and that trained mediums can communicate with the spirits. I was fortunate to be permitted to photograph there with trust and without restriction for more than a year. The photograph, I think, you asked about is of a medium conducting a reading during an evening service, in their beautiful sanctuary.

Sara – Do you have certain pictures that you’d call your “favorites,” or ones that are very meaningful to you?

Monroe – Yes and no. There are some on my website and at the gallery that sum up my beliefs about camera work and photographic imagery, and there are a lot more. Saying that, I can edit my many prints down to relatively few, maybe 300, yet that’s more than anyone could ask for. I’ve been fortunate, but then again, I work hard.

Sara – You have published several books about Floridian folk artists who were largely unknown prior to your exposure. What inspired you to champion the work of these artists?

Monroe – Mid-life/ mid-career, a wrong turn off 1-95, a moment of weakness …. Many of the teachers, mentors, and photographers I’d long admired burned-out or, worse, made lackluster, watered-down versions of their once fine work in the latter years of their careers. I understood it; there seems to be a shelf life to unfettered creativity, to establishing one’s aesthetic. But I was determined to come through it relatively unscathed. I planned a year during which I’d get caught up in my darkroom, which was unimaginable, and think through the issues that confront us when we realize that our vitality wanes. It worked, but backfired. I couldn’t not be photographing so I thought I would do something fairly easy: photograph Outsider artists, whose raw, impulsive energy always intrigued me. The portraits begged for narrative and, coming from a generation of arts students taught not to talk or, god forbid, write about one’s work, I was reticent and unprepared. But I always liked contradictions and challenges so I took on writing a couple paragraphs about each artist. Then I stumbled onto the Highwaymen, a group of African-American landscape painters, and my publisher, University Press of Florida, suggested a book about them-no photos. I embarked on an ancillary career then for almost a decade. It was rewarding and I’m glad I did it, but glad it’s behind me; I much prefer to be photographing.

Sara – What do you hope people appreciate when they look at your pictures? 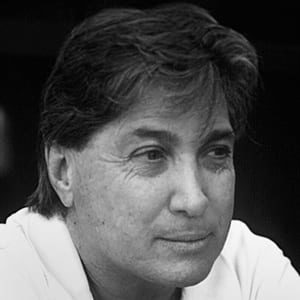 Gary Monroe was born in 1951 and raised in the changing environment of Miami Beach. He attended the University of South Florida for his undergraduate degree and received a master’s degree in fine arts from the University of Colorado in 1977. Returning to Miami Beach, he began photographing the life of South Beach, and in particular, the disappearing Jewish culture. For ten years he documented the changes occurring in the area and has left an astonishing visual record of the period.

In 1980 Monroe became interested in the Haitian refugees who were sailing to South Florida’s shores and received unprecedented access to photograph the area’s Krome Resettlement Camp. He would continue to document Haitian’s acculturation in South Florida and the Haitian Diaspora in general, eventually traveling to Haiti twenty-four times under the aid of a Fulbright fellowship in order to document life in the nation. Moving to Central Florida in 1987, Monroe would become intrigued with tourist attractions and in particular, commercialized Disney World presenting documentary realism under the auspices of the Florida State University Museum and grants from the Florida Humanities Council.

Many of his images have been concerned with foreign cultures since 1990 with Monroe traveling to such locations as India, Egypt, Israel, and Brazil documenting the socio-political realities of the nations and mounting exhibitions concerning his various photographic series. Since the mid-1980s, Monroe has worked to write and educate the public about different groups of artists. Monroe was appointed to the Florida Humanities in 1998 and he has authored several books particularly on various Floridian artists. He has lectured nationwide, and assists collectors and museums in education about photography, international cultures, and of course Florida and the artists that have called the state home.