Sara – What first drew you to photography and what keeps you there?

Delgado – When I think design, concept, theme, or storyline, I have a pretty clear vision of the finished product. That mental picture is usually a photographic image. I love the process of bringing that idea to life, and it comes quite naturally to me. I guess you can say I have a photographic instinct and a passion for making images.

Sara – You had some quite amazing teachers and mentors during your time at Cooper Union and Parsons in New York, including Louise Nevelson, Milton Glaser, Henry Wolf, and William Klein. Could you share some of the most fundamental things you learned from them?

Delgado – Louise Nevelson was the foundation-from her I learned to be a good editor and the true meaning of inspired simplicity. Milton Glaser’s unbridled passion and brilliant eye for design was contagious-I wanted to be him when I grew up. William Klein was the court jester who brought image, layering, and structure to life in film-learning to have fun in the moment was his greatest gift to me. Henry Wolf was the guiding force that encouraged me to trust my photographic instinct-I’ve never turned back.

Sara – You talk about how before you focused purely on your own photographic work, you collected images that “inspired and influenced your thinking” while working as an art director for high-end advertising campaigns. Can you think of any of those images now to share with our readers?

Delgado – My library of information continues to evolve and has grown in scope to include the visual and performing arts as well as literature. Nude with Bent Elbow by Bill Brandt is the essence of form, gesture, and elegance. It is one of those images that perpetually defines photography for me.

Delgado – One of the benefits of working with thousands of images over the years is the development of a discerning, critical eye and a keen instinct for message clarity. Although at times I run the risk of becoming too analytical or critical in my own work, I believe that navigating that crazy, wonderful world has kept me agile, flexible, and honest.

Sara – You co-authored “Exhibit A: Guy Bourdin,” about the very great and revolutionary fashion photographer. How did you first become interested in Bourdin’s work and what do you love about it?

Delgado – I was first introduced to the mad genius of Guy Bourdin during the spring of 1979 while I was a student at Parsons. By then Bourdin had reached unprecedented notoriety for his editorial work in Paris Vogue and the revolutionary advertising campaigns for high-end fashion clients. In the pristine glossy pages of the magazine, Bourdin was given total freedom to write his own visual book of dreams, nightmares, and satire.

With a prophetic eye to the future, he crafted complex storylines, charged with energy, mystery, and seduction-key ingredients of the Surrealist love potion to which he fervently aspired. I had never seen anything like it. The illicit visual seduction was irresistible and deliciously intoxicating-I was smitten and in many ways I still am.

Sara – Besides Mr. Bourdin, who are some of your favorite photographers?

Delgado – Among the many photographers I admire, I find myself drawn to the effortless elegance in Irving Penn, the energy and refinement of Avedon’s fashion work, the inventiveness and humor of Man Ray, the precision of Albert Watson, and the impossible world of Helmut Newton.

Sara – What was your inspiration for the series Architectonics? I couldn’t help but notice a resemblance to Cubist painting.

Delgado – Whenever I need a visual palate cleansing, I try to do something unexpected or completely different. The Architectonics series was born out of a need to re-evaluate the importance of form, space, and design. While the series is a nod to Cubism, it is directly inspired by the work of the Russian Constructivists and Suprematists. In crafting the Architectonics, I employ the collage and photomontage techniques to transform seemingly ordinary visual information into my own rhythmic inventions.

Sara – Nature comes into play in much of your work, for instance in the series the Architecture of Nature. What about organic or biomorphic shapes and objects attracts you to explore them further?

Delgado – I find it difficult to photograph anything in passing. I feel a need to connect with my subject and at times that happens immediately, or it can take time. I prefer to shoot in the studio where I have full control of the light, setting, and subject.

The beautiful biomorphic forms in the Compositions series are my perfect subjects-they do not have to eat, drink, or go to the bathroom. The process of observation and connection with these subjects becomes quite different, quieter, and more intuitive. I’ve always referred to this series as my personal meditation on form, light, and space.

Photographing nature was a revelation. It made me aware of a natural tendency to photograph my subjects as I feel them, not as I see them-it’s a deeper, richer experience. The time I spend with a subject is very special to me. That level of intimacy inevitably reveals the role they will ultimately play in my images. The natural world is about life, death, beauty, and procreation, and that honesty resonates with me and continues to be a source of inspiration.

Sara – Besides the visual intrigue that your photographs possess, what should the viewer be attracted to, thematically? I am thinking specifically of the ideas behind works from Etudes.

Delgado – My approach to image making is firmly grounded in the notion, or need, to always fill a space in a beautiful way. This self-prescribed mantra is rooted in the teachings of Arthur Dow who drew inspiration from eastern art and philosophy. Through a process of emphasis and elimination, my goal for the Etudes series is to replace the extraneous with pure gesture and emotion.

Sara – You live in Albuquerque, New Mexico. Has this environment influenced your work?

Delgado – Of course, and I believe the work reflects that. I am not the first artist to fall in love with the quality of light here in the high desert-it is a gift. New Mexico is a place where I feel I can focus my creative energy and remain inspired. It is helpful that I also get “mafiana” culture. Although I maintain a New York work ethic, I also have a renewed appreciation for the gentler, easier side of life.

Sara – Are you currently planning or working on new projects?

Delgado – On average I am dreaming, processing, and producing several projects simultaneously. The gestation process can be prolonged or immediate, depending on the idea. One series that is currently in the works fulfills a need to reconnect with my Cuban heritage. The other touches on sacred and secular notions of spirituality. Which will see the gallery walls first? Stay tuned.

Sara – Your printing process is quite unique, as I’ve seen you use HahnemOhle paper, llford gold fibre silk, and Canson museum rag. How do these materials affect your final product?

Delgado – That is a chicken or the egg question. Image content comes first, that alone dictates paper, matting, or framing decisions. I work with a fine art printer and while I may have a vision of the print material for a series, I always remain open to his recommendations. I am interested in the best rendition of the image, so testing new papers, inks, and printing equipment is a welcomed component in my creative process. Of course there are exceptions. In one of the series currently under development, I am using rare antique frames that are integral to the overall concept. I purchase these as I find them and because they are unique, I have to consider their impact on the final product on many levels.

Sara – Do you have certain pictures that you’d call your “favorites,” or ones that are very meaningful to you?

Delgado – There are images within a given series that I consider seminal to my growth as an artist. These preferences are strictly personal and my audience may or may not agree.

Sara – What do you hope people appreciate when they look at your pictures?

Delgado – I can hope for many things, but finding a meaningful connection with my audience is perhaps the greatest reward. It is the reason why I do what I do. Walker Evans said it best: “The photographer is the joyous sensualist, for the simple reason that the eye traffics in feelings, not in thoughts.”

Sara – If you weren’t a photographer, what would you be?

Delgado – I’ve always been clear about career choices. I am classically trained on the piano and have remained connected to music and performance over much of my life. I suppose if Ansel Adams was able to sustain a love affair between photography and the piano, becoming a musician is not too much of a stretch for me. 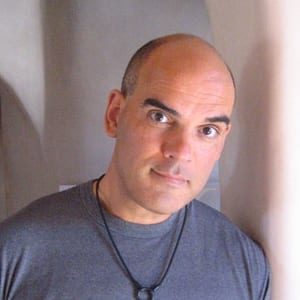 Born in 1957 in Santiago de Cuba, Fernando Delgado moved to Newark, New Jersey at the age of twelve. Delgado graduated from Arts High School and then went on to attend Cooper Union School of Art and Parsons School of Design in New York City.

Having studied with the likes of such esteemed art figures as Louise Nevelson, Milton Glaser, Henry Wolf, and Herb Lubalin, Delgado went on to embark on a successful advertising career in New York City. For more than 25 years Delgado worked with the best talent in the industry and honed his skills as a creative professional with Macy’s, Avon, Bloomingdale’s, Bonwith Teller, and Young & Rubicam Advertising.

After so many years promoting, scrutinizing, and working with thousands of images, stepping behind the camera only seemed natural for him. In 2005 he moved to New Mexico where he currently lives and works. His pieces have been exhibited and published nationally and are now a part of many private and public collections. Delgado is also a published author and a public speaker having conducted workshops and public talks with various groups in the private and public sectors around the world.