Tasini – In a video I watched, you said you felt a “calling” to travel to remote places to photograph Indigenous Peoples and cultures. From where did this calling derive?

Gluckstein – There are a variety of answers. I grew up in a very cultured family and we did some traveling outside of the US, to places like Mexico and Europe, where I first experienced other cultures. My mother was very interested in art, and she and my father collected. We had a collection of tribal art and I grew up surrounded by interesting artifacts. Those images were always in my subconscious mind.

It also derived from my advertising career, when I was first sent on location to remote places. I was young and untethered, with a great passion for photography, and would go exploring after the job was completed. My first trip was to Haiti, and in fact, the cover of Dignity is an image taken on this first trip.

Tasini – Where do you think your natural ability for photography came from?

Gluckstein – I have an extensive background in fine art that developed when I was young. I have worked with painting and drawing, among other mediums, and discovered photography my senior year at Stanford. I absolutely fell in love with photography; I like to say that it “clicked.”

Tasini – You said that you studied with different spiritual teachers to understand the greater meaning of your body of work. This sounds fascinating – could you tell us a little about this experience?

Gluckstein – One of my spiritual teachers was the renowned Vietnamese Buddhist monk, Thich Nhat Hanh. He talked about the idea that you’ve got to know where you’ve come from in order to know where you’re going. My 20s was a significant time of questioning; I was a commercial photographer with a deep love for photographing remote and tribal cultures. I did a lot of questioning and mediation, and it became clearer towards the end of my 20s that what I was doing aside from advertising was more than just a hobby, it was my calling.

Another very important influence aside from my spiritual teachers was a mentor, the brilliant Robert Sobieszek, former photography curator of the Los Angeles County Museum of Art. He was the person who reaffirmed the significance of the hundreds of images I had been taking. He explained to me that they were not “ethnographic,” not anthropological study data, but that I was an artist reinventing portraiture with soul. He understood the 15 years of work that I had created and put it on the map.

Tasini – How can photography capture the spiritual dimension of a sitter or group of people?

Gluckstein – It’s always the point of view of the artist. For example, Diane Arbus had an affinity to the oddity of her sitters. I am always interested in the dignity of the sitter, in the essence of hope, and in the profound human connectedness. I love what Tim Wride, curator of the Norton Museum of Art, says, “The photographs distill the universality of experience that links us all without diminishing the dignity of the individual.”

Tasini – You have traveled extensively to some of the most remote places in the world and have viewed a “collision of cultures” in certain places. Could you tell us more about this collision and where it was most prevalent?

Gluckstein – From Namibia there is a photograph of two girlfriends, one with a bra and no blouse, and one with a plastic cell phone dangling like a necklace. Another image is from Bhutan. It shows a young boy dressed in gho (traditional robe) holding a toy rifle at a religious ceremony. This intersection demonstrates how the introduction of television to Bhutan in the early 1990’s impacted the people. In these images, you can see the collision of cultures very clearly.

Tasini – In your travels, were you able to form strong bonds and friendships with your subjects? Do you maintain any of these relationships?

Gluckstein – Wherever I travel, I always aim to evoke a relationship of respect and honor. In the early years before email it was not possible to keep in touch with the subjects of my portraits, but now I am able to stay connected. I always send a portfolio of the photographs and make a donation for something that the village needs. Within my means as an artist, I always try to give back. And most importantly, the subjects understand that the pictures I take of them are going to be significant in communicating their culture to the rest of the world.

Tasini – Over your 30 years of photographing Indigenous cultures, which has made the biggest transition towards modernity and which has preserved its ancient identity most?

Gluckstein – Well, they are all struggling. In Hawaii there is a strong and active political, cultural quest to preserve the native Hawaiian culture. The same thing is seen in Australia with the Aboriginal peoples and in Bhutan. All the cultures are progressing towards modernity, so it is a sensitive matter of blending past tradition with global advancement.

Tasini – Observers of your photography say that you capture your subjects’ souls in your portraits, and that you get below the surface that many other portrait photographers cannot break. How much of this phenomenon is due to your vision and how much is due to your unique body of subjects? In other words, do you think you could also get as deep with any subject of portraiture?

Gluckstein – I think it is due to my vision because my advertising work captured the same thing. One of my favorite art directors from Chiat Day Advertising looked at my image, Haitian Woman with Pipe, and told me that that was the mood he wanted for the advertising campaign – the same sense of dignity.

Tasini – What would you say is your proudest accomplishment as far as your career goes?

Gluckstein – It would definitely be creating my book DIGNITY because it served as a tipping point for President Obama to adopt the U.N. Declaration of the Rights of Indigenous Peoples in 2010. Working with Amnesty International, we set up a campaign and had thousands of people write the President asking him to adopt the U.N. declaration immediately.

Tasini – Your work is driven by a desire to promote the rights of Indigenous Peoples and cultures worldwide. How would you advise others who are not as photographically or creatively inclined to help in the effort to protect the rights and preserve the cultures of Indigenous peoples?

Gluckstein – I would advise people to have a real sensitivity when they travel, to speak with guides and to learn more about the cultures they are experiencing. They should connect in a responsible way and learn as much as they can about the plight of the people in the places they visit.

There are also hundreds of organizations around the world that work for the survival and protection of Indigenous Peoples: Amnesty International, the Indigenous Rights Division, and Cultural Survival, to name a few. There are many opportunities to get involved in these issues, even right here in our own country.

Gluckstein – I hope the viewer will be transported so that they are emotionally and spiritually moved to feel some type of connection. A powerful image should transcend and be timeless. 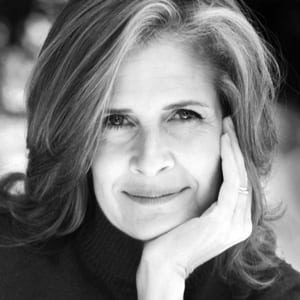 Dana Gluckstein has photographed iconic figures including Nelson Mandela, Mikhail Gorbachev, Desmond Tutu, and Muhammad Ali, as well as award-winning advertising campaigns for clients such as Apple and Toyota. Her portraits are held in the permanent collections such as the Los Angeles County Museum of Art and the Santa Barbara Museum of Art. Her book, DIGNITY: In Honor of the Rights of Indigenous Peoples, and the associated international museum exhibition, DIGNITY: TRIBES IN TRANSITION, now touring Europe, have received international acclaim.

DIGNITY, in association with Amnesty International for their 50th anniversary, helped create the “tipping point” for President Obama to adopt the U.N. Declaration on the Rights of Indigenous Peoples. In 2011, the DIGNITY photography exhibition presented at the United Nations in Geneva. Gluckstein spoke at the World Economic Forum 2013, in Davos, Switzerland, on how art can improve the state of the world.

A graduate of Stanford University, Gluckstein studied psychology, painting, and photography, and realized the power of images to shape consciousness. She lives in Los Angeles with her husband and two children.