Innovative and unapologetic, Brian Duffy is one of the three photographers who defined the look of London’s ‘Swinging Sixties.’

Norman Parkinson, celebrated fashion photographer, named Brian Duffy, David Bailey, and Terence Donovan as the “Black Trinity,” who became the first celebrity photographers to become celebrities themselves. Duffy’s work contributed to the advancement of fashion photography by breaking from the protocol of the well-established, stuffy 1950s fashion aesthetic.

Willing to take chances, Brian Duffy helped usher in the dynamic and creative energy that documented the vibrancy of the “Swinging Sixties” London scene. Duffy ultimately became one of the world’s most respected photographers.

Duffy – The Man Who Shot the Sixties, is a BBC documentary made available by the Duffy Archive on Vimeo. It highlights the career of the iconic photographer Brian Duffy. He is considered one of the most influential photographers of the “School of English photographers” from London’s “Swinging Sixties.” We begin this documentary by seeing the legendary Duffy prepare for his return to the studio after leaving photography 30 years prior. With a portfolio that includes the likes of David Bowie, Arnold Schwarzenegger, Brigitte Bardot, Sidney Poitier, John Lennon, Paul McCartney, and Sammy Davis Jr. Three Pirelli calendars, Duffy did the unthinkable and quit the profession at the height of his success. 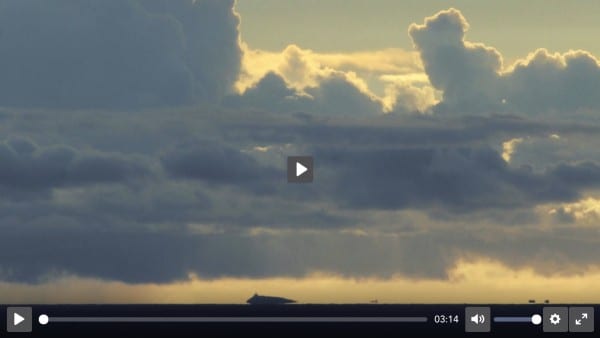 In the video, a now older Duffy recalls his experience establishing himself as a cutting-edge fashion photographer of the 60s and 70s in London.

With narration by Duffy’s contemporaries, he reunites with a prominent model of the time and shares anecdotes while acknowledging and revealing thoughts on his later unimaginable decision to quit photography.

Brian Duffy was born in 1933 to Irish immigrant parents in East London. Growing up in a politicized household, Duffy’s parents were strict Catholics. They would raise the young Duffy in a working-class family environment. At the age of twelve, he was enrolled at a school in South Kensington, run by the London County Council. Staffed by injured ex-servicemen, it aimed to introduce “problem children” to the arts. Duffy went to art galleries, the opera, the ballet, and museums, and soon began to experiment with painting. In 1950 Duffy won a place at Central Saint Martin’s to study painting. While there, he realized his contemporaries were more talented and switched courses to dress design. His understanding of fashion would reward him throughout his photographic career. He would have a fundamental understanding of the principles of fashion, like the drape of fabric and playing with proportions.

In 1957 Duffy started his photographic career at Vogue, a relationship that continued into the 1970s. However, he claimed that he did his best work with French Elle, where his artistic freedom flourished. For the Sunday Magazines, Duffy was a frequent contributor with all of the major British and US glossy magazines. The Benson & Hedges advertisements of the late ’70s and the groundbreaking Smirnoff campaign won Duffy acclaim and awards.

Duffy is perhaps best remembered for his collaboration with David Bowie and his fashion and portraiture work.

He shot five sessions with Bowie. The most recognized is the Aladdin Sane album cover nicknamed the ‘Mona Lisa of Pop.’ In 2013, an image from the contact sheet was chosen as the iconic image for the worldwide touring Victoria & Albert museum’s exhibition ‘David Bowie Is.’

Duffy was an eclectic and innovative photographer and one of the few photographers to have shot three Pirelli calendars. Duffy’s work is exhibited in museums and galleries worldwide. Duffy is considered one of the top 100 most influential photographers of all time. He developed a reputation as a ‘photographer’s photographer.’ By watching the documentary, we get a closer look at and understand the highly innovative and bold photographer.

Duffy was such an independent creative powerhouse; he set ablaze his permanent contribution to the world of fashion imaging.

Living with Art: Hallways and Stairways