Harris – It is often mentioned that you studied under Walker Evans while obtaining your MFA at Yale University. What did you gain from this experience?

O’Brien – I gained almost everything. I had a solo seminar with him and as often as we discussed photography, we discussed, for example, French Symbolist Poetry. Then he would zero around to something at the heart of the photos I was showing him and make some connection that helped me see through to what I was trying to do.

Harris – Aside from Walker Evans, what other photographers and artists have had an impact on your vision?

O’Brien – I was also obsessed with Brassai. I was in Paris when he died. Thursday, July 12th, 1984. I was at Chambre Clair, the photo bookshop in St Sulpice and I saw Liberation which said, in its headline, “LA NUIT EST TOMBEE SUR BRASSAI”. He was 85. I still have that newspaper. I was also very impressed and inspired by the book, Nothing Personal, photographs by Avedon and text by James Baldwin. My copy is falling apart because I take it everywhere. Baldwin wrote, “the moment we break faith with one another, the sea engulfs us and the light goes out.” Avedon’s portraits are an incredible counterpoint to the writing.

Harris – What is your process in shooting portraiture? How do you develop a rapport with your subjects and what kind of atmosphere do you aim to create with them?

O’Brien – Rapport is a magic thing. Each portrait sitting is a relationship. I try to give as much time as possible but it is harder now because of iPhones and Instagram. There is an expectation of speed in all our activities. Robert Lowell wrote, “I think a writer should think of himself and of the people he knows, deeply and then bring all the technique he has to bear.”

Harris – In your Portraits of a Young Man series which you began in 2000, various men are individually photographed against a black background wearing a black shirt or nothing at all. How did you find your subjects for this series? What were your inspirations and motivations in creating this series?

O’Brien – I found the men in the streets and nightclubs of New York City and Paris, and recently Antwerp. For the most part I knew nothing about the people I photographed until after the session which had certain rules: the sessions took one hour, clothing was black or black with white or skin, no logos, no “grooming”, no styling, no assistants, only the unadorned contact that develops when the subject and photographer collaborate and inhabit a neutral space. The inspiration was the portraits of Velasquez and El Greco that I saw in the Prado many times. That’s where I got the title. The motivation was to take my portraits back to very basic elements to understand the meaning of portraiture itself.

Harris – A portrait of the esteemed artist collaborators Gilbert and George is in the collection of the National Portrait Library in London. Can you describe working with them and what you originally wanted to accomplish in photographing the artistic duo?

are not so young anymore.

from the friendly menu,

or out of tea.

Harris – For over a decade starting in 1993 you photographically documented the artist Matthew Barney’s performances and work in the Cremaster Cycles and Drawing Restraint 7. Can you tell us how your collaboration began and how your work as the portrait photographer changed throughout the projects?

O’Brien – I had met Matthew in the late 80’s when he was still a student at Yale and a part time model with an agency in New York City and I was doing a lot of commercial and editorial fashion photographs. We did a few Ralph Lauren campaigns together and then he stopped modeling. I would often see him in various clubs in New York City, like the situationist fetish club, Jackie 60, when he was researching for Cremaster and I was already starting photos for the project that became the book, Girlfriend (Random House 1999). We were talking about fetish and gender and costume etc., and he proposed me to work on Drawing Restraint 7 which was shot in NYC in a car and in a studio. From there we kept going into the major cycle of Cremaster works: 1, 2, 4, and 5.

As we worked on this series over ten years, the dynamic as well as the production evolved, especially as Matthew was becoming one of the critically important artists of the decade. I moved from medium to large format cameras and changed film along the way. I was also still working on other commercial commissions. Each project could run, from concept to exhibition, six months to a year.

Harris – What was your favorite project with Barney and how does your work with him fit into your overall body of work and your explorations?

O’Brien – For me, the most mesmerizing was Cremaster 5 shot partly in Budapest in January of 1996 in historical places such as The Opera House and the Gellert Baths and with the great diva Ursula Andress. It’s an operatic love story about impossible love and about transformation and mortality. There was a beautiful color palette and underwater sequences and Ursula singing and dying like Aida!

The project had a lasting effect on my work: I decided to focus on solo work without all the elements that my three concentrations, fashion, drag, Matthew of the 80’s and 90’s involved which were a large crew, a lot of prep, and a scenario. In 2000 I started a series of still lifes based on Dutch painting as well as Portrait of a Young Man. On both these series, as well as a series of nudes inspired by Greek Statues of Kouros I had seen in the Archaeology Museum in Istanbul, I worked alone.

Harris – What are your motivations in composing your still lifes especially given the long history of the genre? How do you configure them and how do you make them your own?

O’Brien – Of course Vanitas is a common theme. When I started these photographs in 2000, the idea was to suggest Dutch paintings but strip the objects of their symbolic meanings. I took some pieces from the flea market in NYC and Paris and mixed personal things, a kind of mash-up of precious and everyday references, the way memory works. In one photo from 2000 I have taken a fake Delft Vase I bought on Canal Street for less than five dollars and broke it and photographed it in a dusty abandoned warehouse in natural light. It’s about loss, departure, and imagined personal history.

Harris – You are also a published poet who is the editor-at-large of the periodical Verbal Abuse. Does your photography ever influence your writing or vice-versa?

O’Brien – The photographs can be classical in format and approach but the subject is not necessarily classic: transgender, sex clubs in Paris, etc. With my poems I try for a similar “mash-up” and even an underlying inspiration from Greek Heroic or lyric poems while the subject can be nightclub or street life encounters. And for me, poems and photographs share this: a sense of discovery and loss, absence and presence, memory. Jack Gilbert has written, “the heart has the ability to experience so much – and we don’t have much time”.

One of my poems:

fervent trips to the gym.

or standing after last call

waiting for the night to end.

Harris – Your series “Diptychs” from 2014 are comprised of images you took over the last twenty years. What compelled you to take a look back at your work and display photographs in a diptych format? How does this format contribute to an understanding of your body of work?

O’Brien –
“Footfalls echo in the memory
Down the passage which we did not take
Towards the door we never opened
Into the rose garden”
– T.S. Eliot Burnt Norton

I wanted to mix portraits and landscapes from totally different times in my life to tell another story. John Szarkowski referred to the combining of images side by side as “the third effect”. In some cases there is an underlying reference or inspiration from Cavafy (about loss) or from Ovid (about transformation) such as the story of Hyacinth, the beloved of both Apollo & Zephyr. Otherwise they are linked in my mind as to time and place. Some are remembered, some are imagined. The images combine analogue photographs with digital and undergo layering, toning, and juxtaposition in Photoshop that would also have been possible in the darkroom.

Harris – How did you come to be involved with Designers Against AIDS and what are its aims? Does any of your work comment on the disease and if so, how?

O’Brien – I was in New York for the 80’s and 90’s and lived through the devastation of the AIDS epidemic. I worked with ActUp for ten years and Terence Higgins Trust in London as a volunteer. The three series: Portrait of A Young Man, Nature Morte, and the (Greek) Nudes called Victorious Youth are all rooted in an attempt to deal with that loss.

Now, eyes are closer to the bone

Lives are closer to the bone

Harris – You recently accepted the position of Chairman of the Photography Department at the Savannah College of Art, Atlanta. What are your plans for 2015? Are you exhibiting anywhere?

O’Brien – The position at SCAD is the perfect gig for me. For the first term, Spring 2015, I will teach a range of 12 talented students undergrad and graduate, The Photographic Portrait. SCAD is almost unique in its approach to creative and professional work. With amazing possibilities and campuses in Savannah, Atlanta, LaCoste, France and Hong Kong. I have a current exhibition “Diptychs” at Eyeloco in Antwerp through March 2015 and a solo show as part of Look/15 Liverpool International Photography Festival in May 2015. 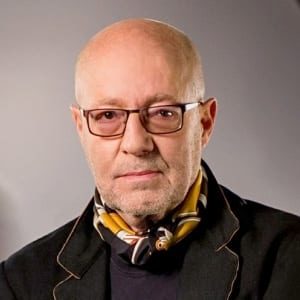 Michael James O’Brien is an American photographer and poet. He received his MFA from Yale University where he studied in the 1970s with Walker Evans. He was associate professor of photography at Kenyon College in Ohio and taught at the New School in New York City in the mid-1980s. He is currently the Chairman of the Photography Department at the Savannah College of Art, Atlanta.

In 1993 he began a collaboration with the artist Matthew Barney, producing all of Barney’s still photographs and creating a photographic parallel to his Drawing Restraint 7, Cremaster 1, 2, 4, 5. These works have been exhibited at the Musee Moderne in Paris from October 2002-January 2003 at the Guggenheim New York in 2003 and throughout the world. His portrait of the artist duo Gilbert and George is in the National Portrait Gallery in London. His work has been commissioned by periodicals such as The New Yorker, Departures, Rolling Stone, Financial Times, Elle Décor, The New York Times, L’Uomo Vogue, Travel & Leisure, Conde Nast Traveler, and by advertising clients including Bergdorf Goodman, Thierry Mugler, Polo Ralph Lauren, Saks Fifth Avenue, and Nautica.

An accomplished and published poet, O’Brien has been editor-at-large of the poetry periodical Verbal Abuse since its inception in 1993 and he has read at Jackie 60, Cabaret Magique, The Nuyorican in New York and The Groucho Club in London. His book of photographs, Girlfriend; Men, Women & Drag was published by Random House in 1999 and he was Creative Director of Designers against AIDS in 2010, co-editing the book Designers against Aids; The First Decade, published by Ludion. Today he continues to exhibit around the world including in the United States, Belgium, and China.