Harris – What originally led you to be a photographer and what has kept you there?

Farber – I always wanted to be a painter and I wanted to go to school for art, but my parents wouldn’t allow me to go. At that time they thought it would be a waste. So I never went to school for photography, I was self-taught. You can imagine when I picked up my first camera after college I knew nothing technically. The resulting images were grainy, soft, and some off-color. Different from what a Kodak technical manual would advise. So as a result, my images had a very painterly look. This resulted in some very positive responses about my work, which led to my first book contract and my first commercial assignment, which was to shoot a national ad in fashion for Cotton Incorporated. So now I found myself involved in both fine art and the commercial world photographing on the highest level from the start.

Harris – You began photographing in 1970 in New York City. What changes have you seen in the acceptance of the medium as a fine art form since then?

Farber – In the early 70’s I went into some outdoor art shows in New York and I entered into the Greenwich Village / Washington Square show. While there, a woman who introduced herself as a director of the show approached me and asked if these were paintings or photographs. I said it’s photography and she said, well I’m the director of the show and I’m sorry we don’t allow photography. She asked me to pack up and leave. Next to me was somebody who made candlesticks and on the other side somebody who did brass buckles, but I had to leave. That alone shows you what has changed in photography in New York City since those earlier days.

Harris – By the late 1970s you became well known for your commercial campaigns involving the nude. In advertising, what do you think your contribution has been to the field?

Farber – My career has been kind of an accident. By that I mean my first book coming out and my commercial career starting as a fashion and beauty photographer was never planned. It happened because of the outdoor art shows in the streets of New York. Aside from the experience I mentioned about the Village show, it was at another show that I was approached to apply my work both commercially and I was also introduced to my first publisher where I was asked to do a book of nudes.

It was because of my books of nudes that resulted in beauty assignments with Revlon, Ponds Skin cream, or Caress soap. Some of the campaigns where I was asked to shoot nudes were actually quite conservative large American companies like Lever Brothers for Caress soap. This led to me being put in several situations to help establish the credibility of nudes in advertising. I was asked to speak in front of a group of creative directors from a group of major advertising agencies on the subject. I also had my book “Farber Nudes” in the Jacqueline Kennedy Onassis estate auction and I was asked to help with the National Endowment of the Arts as examples of good taste in nude photography. This was at the time when they were dealing with Jesse Helms and Robert Mapplethorpe, and other situations.

Harris – What feelings do you try to relate through your various styles of shooting nudes or does it vary? Why do you usually obscure the face of your models making them somewhat anonymous?

Farber – When I’m photographing nudes, I shoot totally spontaneously and for the moment. I seldom pre-plan. The environment, the light, the subject and how it all plays together dictates whether my image will be pensive or provocative. Also, what’s important is capturing the best features of my subject. This all has to be in sync with the environment and my own sensitivities at the time. All of this contributes to a variation in the mood of my images, but it’s always captured through the same eye. I obscure the faces usually because I rather that there is more of a mystique, not a recognized person. It allows the viewer to use their own imagination and not relate them to a particular person.

Harris – You have a long history in fashion photography having shot covers for such publications as Vogue, Esquire, GQ, and others. Is there any particular commercial assignment or editorial that was a breakthrough for your artistic progression?

Farber – The most important inspiration and idea that came from a commercial assignment, was from a creative director for an ad campaign I shot for Philip Morris in 1982. He wanted to capture the glamour of smoking you would see in old Hollywood portraits and movies. Keep in mind that the old classic lighting in portraits by George Hurrell, classic images of Horst, or films like Casablanca were not appreciated in 1982 as they are now. So when he had me create images as if they were shot in the 1940’s, it not only gave those advertising images that I now show in galleries a classic fashion feel, but most importantly I applied that style to many of my nudes, and fashion from that time on.

Harris – What was it like to work various times with the famed, original supermodel Gia Carangi?

Farber – If you think about it, Gia was just another major supermodel at the time. Her notoriety or story didn’t make any gossip columns, movies, or books until after her unfortunate death. So what I had to deal with at the time was someone who you couldn’t depend on to be on time, responsible, or certain quirks in a personality. That became totally clear and more understandable after she was gone.

Harris – Jacqueline Kennedy Onasis brought you to Doubleday for the publication of your book “By the Sea” in 1987 which then won the Art Director’s Award for color photography. Did this do anything in terms of your career and notoriety?

Farber – Having Jacqueline Kennedy Onassis bring me into Double Day as my editor and giving the book its name “By the Sea”, was more self-satisfying at the time than it was rewarding for my career. The only immediate reward was another book contract with her as my editor. What most affected my career was that after her passing. One of the books that I gave her, “Farber Nudes,” was in her estate auction and added credibility towards my work with nudes. Then again, only about a year ago a new book came out about Jackie as editor where my book is also mentioned, so it’s these types of things in later years that have had greater effect on my career.

Harris – Can you tell us about your Americana series?

Farber – My Americana series and the publication of my book “American Mood” came about because of my travels throughout the West doing a number of advertising campaigns for Wrangler jeans. Whether it’s “Americana,” “New York,” or “By the Sea,” it’s about capturing images that provoke a mood, that takes them into another reality by simply creating images from scenes they probably see everyday. New York City is always there for me, and there are always new things to see.

Harris – What determines if you’ll use black and white or color photography?

Farber – I shoot mostly black and white, and when I use color they are quite monochromatic. I do from time to time take advantage of color to create stronger graphic compositions, but like I am with other creative decisions, it’s about the moment and being spontaneous.

Harris – Can you tell us more about your time directing for TV and film and how it informed your work in photography and vice-versa?

Farber – Over the years I was asked to photograph for movie advertising and posters. In doing so I created scenes that did not exist in the films. This gave me great training to work with some major actors. Completely separate from that experience, I was asked in 1982 to direct a music video. This led to doing a number of TV commercials and then into long form film projects when I was signed with the Gersh Agency for directing.

Through moving film, I was able to capture moods and feelings and express myself the same as stills. However the creative process was totally different, it was completely based on teamwork. I did enjoy the process and being a director, but I wasn’t reaching the point of success that I desired. It was taking too much time away from my career as a still photographer where I had already achieved recognition. I didn’t completely back away from it, but I just re-prioritized. So I still do some film projects from time to time.

Harris – What’s on the horizon for you?

Farber – Aside from working on a new book project, I have a project that we are planning to release in galleries. It’s something that is totally unique and has been in the works for a number of years. I hope to be able to make it public in the coming months. 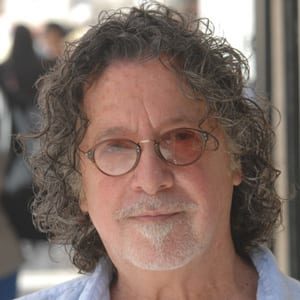 Born in New Jersey in 1944, Robert Farber’s painterly, impressionistic style would influence subsequent photographers since he first rose to prominence in the 1970s. He has worked in a variety of genres including still life, landscapes, and architecture, but in particular Farber’s work with nudes in fine art as well as in the commercial realm is well known and respected. Farber combined his fine art approach to photographing nudes and advertising when he was commissioned to shoot the famed cover of Newsweek’s breast cancer issue. Farber’s nudes were also used as an example of the artistic application in support of the National Endowment of Arts, after its backing of the controversial Robert Mapplethorpe exhibit.

Farber has successfully melded commerce and art for award winning ad campaigns for DeBeers, Saks Fifth Avenue, Bloomingdale’s, Avon, Marshall Field’s, Macy’s, and Revlon among others. Jacqueline Kennedy Onassis brought him into the Doubleday family and published his best-selling book, “By the Sea,” which won the Art Director’s Award for color photography. Farber also received the Photographer of the Year from PMA (Photographic Manufacturers Association), the International Award from the PPA (Professional Photographers of America) and The American Society of Photographers Award. He has lectured at the Smithsonian Institute, The George Eastman House as well as other universities and professional groups around the world and a documentary highlighting the artist is currently in development for PBS. Farber lives in New York City where he continues to work.

Barbara Morgan's Martha Graham, Letter to the World (the Kick)

Simple Pleasures: Photographs that Serve Up the American Dining Culture