Signed, titled and dated in pencil on print verso.

In his late 1950’s photograph, Hat +5 Roses, Paris, 1956, William Klein exemplifies his contribution to fashion photography subtly and stylishly. As a collaboration with Vogue magazine and at the behest of Alexander Liberman, director of Vogue who championed artistic experimentation, Klein photographed close up portraits. These photos captured the detail and attitude that characterized his trailblazing posture toward photography. William Klein took the grainy, black-and-white visuals of the tabloid newspapers, known for their direct and alarming approach to news and urgent matters, and used it to focus on beautiful, elegant models, either walking down busy New York streets or to record side glances and clouds of smoke.

This irreverence towards the idealization of fragility and vulnerability in the models within the fashion industry turned the traditions of editorial fashion photography on its head; with Klein, fashion magazines were no longer selling apparel, they were selling attitudes and privileged lifestyles. William Klein’s counteractive stance towards the rules of “good taste” bridged bold inclusiveness into the elitist realm of fashion photography.

Liberman recognized that Klein would bring what he describes as “the grit of life” into (Vogue’s) sagging pages: “I tried to push people to the extremes of their essence,” he says, “I wanted (Klein) to retain in his fashion pictures some of the violence of his reportages.” 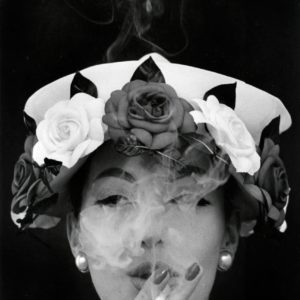