Developing a concept that ticks the boxes creatively and then executing that concept are emphatically two different jobs, which is why making a picture is a longer process than taking a picture.

Many years ago, the exceptional work of British photographer Tim Flach, drew my attention to the hot springs of Myvatn in the north of Iceland. This remote area is geologically angry and in deep winter it is fairly inhospitable, but in the summer, it becomes something of a tourist resort for the local Icelandics and all too crowded for how we operate. We would always choose inhospitable over crowded.

I have filmed here in the winter in the past, but struggled to do justice to the uniquely raw ecosystem. As always there is an element of knowing how to get it right by initially getting it hopelessly wrong. In particular, this is not a safe place without engaging locals, because the ground underneath, much like Yellowstone in Wyoming, is not to be taken for granted. To be brave and work close to the geysers needs permits and guides.

But in 2022, we finally had our rewards. The weather plays such a big role in the field; no more so than up here at 66 degrees north where the Norse Gods granted my wish for strong winds and good light. It was the wind that amplified the trail of steam and allowed me to work a comfortable distance from the source without losing the effect. It was then up to me to work the strong late afternoon light to the best of my advantage. 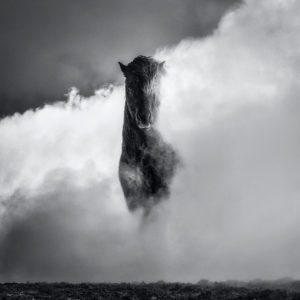