Marilyn Monroe in a black dress, contact sheet with eleven images, from The Last Sitting for Vogue

Signed in red crayon on recto, Stern’s stamp to verso. 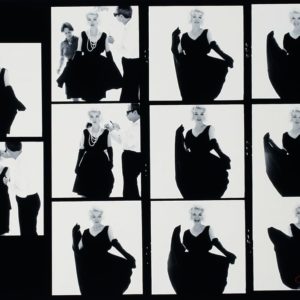