Signed, dated and editioned 1/5 in pencil on recto.

Ben Schonzeit is a multi-dimensional artist who has been called the best photographer to emerge from the 1970s Photorealist movement. In the mid 1980’s, Schonzeit began photographing still lifes of flowers that he would artfully arrange in front of both his own paintings and reproductions of master works by such artists as Claude Monet and Joan Miro. They formed an artistic dialogue between art history and contemporary still life. This integration of old and new, three-dimensional objects and two-dimensional images, has further evolved into his newest body of work.

They are photo-collages that can be seen as a salute to Dadaism and his own Cubist-inspired drawings by rejecting the pictorial logic of the original source material. Using bits of torn papers and collected old material such as a cobbler’s ledger begun in 1803, he refashions a sophisticated set of new images that contain a spontaneous energy and freshness. The new constructions combine both abstract and figurative elements through a rich range of imagery.

Schonzeit has commented: “After years of working with what can be seen in the known world, I have become fascinated with the invented world. My goal is to make work that I have never seen the likes of before. Still, what has evolved in this work is familiar and recognizable. You know, these people I have created.”

To construct these, Schonzeit begins with a bit of material unaware of the unique character he will eventually create such as a samurai, a dancer, or a vagabond. The personalities come to life through the union of shapes and colors lending an impression of theatricality. The work is not complete though, until the collages are scanned, enlarged, and printed. The ultra high-resolution scanner that Schonzeit sees as a camera captures the source material and compresses the multidimensional collage into a flat surface. They are then enlarged creating a vitality that is only suggested by the smaller collages, as they are further distanced them from their original sources.

As the artist says, “When something small is enlarged, a new reality is revealed.”

This has been a thread running through his various bodies of work since his early Photorealist paintings that were enlarged depictions of his photographs. Schonzeit has always taken chances and drawn on a wide range of influences being motivated by a creative urge. Today he continues to evolve through his work which can be found in such collections as the Metropolitan Museum of Art in New York City and the Neue Nationalgalerie in Berlin among many others. 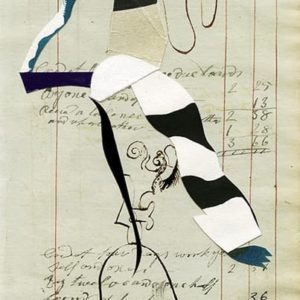